Just between us, I think men have some serious issues. I’ve read a bunch of books about how to believe God when He says He’s crazy about me, control my tongue, conquer insecurity, be a better parent, be a great wife. But this week I read my first spiritual growth book that was written specifically for men. And, boy, are they messed up.

Of course, I’m kidding. But it is quite enlightening to listen in on the kind of Godly counsel that someone like Robert Noland offers to men today. Robert Noland is a leading author in Christian leadership and men’s ministries, having written or co-written over a hundred titles. His writing is effortless and wonderfully conversational, and he cuts right to the chase. In his new release Believe Become Be, Robert unpacks the biggest issues men face in following Jesus.

“What if your heavenly Father said He believes that you can lead a life of purity, truth, and righteousness, and be a man after His heart? That you can effectively lead your family, right wrongs in your world, and influence the culture in His name?”

I had a chance to sit with Robert and talk about the tough stuff he tackles in this much-needed book. 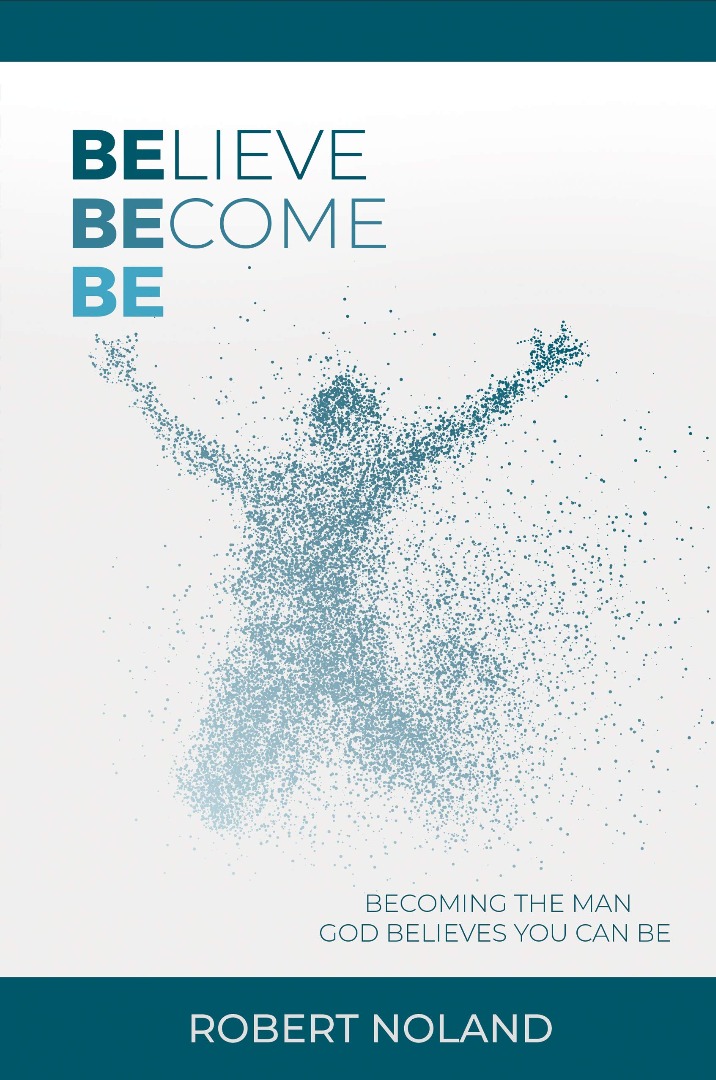 SS: So, I realized this is the first spiritual growth book written specifically for men I’ve ever read. And I must say, I’m a bit rattled about how intense the issue of sexual sin must be for men. As a woman, it feels almost frightening to realize how men are constantly battling their primal nature in this way.

RN: Let me give you some background on how this all started 10 years ago. I was pastoring a church we started, and we were working hard to be very real, and give people the New Testament church model just as simply as we possibly could. And I start having men come up to me and saying for the first time they were feeling comfortable in a church and they knew they could get real here. They needed help with all these different issues – just about everything you could possibly imagine. So, I started putting a concept together to teach in discipling them, and God revealed to me what He wanted me to do, and I felt very clear in developing this book. When leaders would ask me to come speak at their men’s retreats, I’d tell them what I was going to talk about and that I was going to address these subjects head-on but always through a biblical lens. I really didn’t know if I was going to be blacklisted or having guys stop me in the middle of the teaching. I knew it could get dicey!

But the opposite occurred. I’ve always taught the Purity session first because it’s the toughest. And after the first break I was having men line up wanting to share the impact it had on them. Men of all ages!  I had men in their 80s with tears running down their cheeks saying, “Thank you for talking about something that I suffered from for 50 years.”

SS: Is it rare to have this topic discussed among men in the church?

RN:  Yes. Unfortunately, people have told me they’ve never heard the tough discussions being handled well inside the church. Pastors would bring me in because I could do what they either didn’t know how to do or didn’t think they should.  I once had a pastor standing in the back of his own church while I taught the Purity session, smiling from ear-to-ear the whole time. At the break I asked him why he was grinning and he said, “because you’re talking about stuff that I’d get fired for.” The response from men has been amazing.

SS: This seems like the most important thing! Do they realize that they could completely solve so many female insecurity issues if they solve this problem in themselves? What’s going on with men’s ministries overall?

RN: There is a serious lack of men’s ministries in general. Churches have women’s ministries, they have their student and children’s Ministries. But if they do have a men’s ministry, it’s either retired guys who get together and eat pancakes or it’s guys who get together and throw axes or sit around the bonfire and spit, and it’s not real. It’s less about guys dealing with their stuff and it’s more guys just hanging out. This book actually can help a pastor overcome some of these obstacles, in that the men can study this book on their own and best inside a small group; with no involvement from the church staff.

SS: As a woman who’s lived through a lot of infidelity in my previous life, I am keenly aware of the innate tendencies in men to seek sexual satisfaction. This is very difficult to discuss between genders because this is a vulnerable place for many women. And, as with everything else, the sin can’t get healed if it says hidden in darkness. Can this book shine a light and give real guidance to the men I love? I have sons!

RN: Definitely. I have a 29-year-old son and a 25-year-old son and since I started this 10 years ago when one was 15 and one was 20, just walking through this and learning what they’re dealing with today.  It’s very sobering when your sons are Christians, but they say, “Dad I don’t have a single friend – Christian or not – who’s not struggling with looking at pornography on their phones.” And you realize that’s what’s being imprinted on them before marriage. We must work to turn that tide and this book approaches the topic candidly and with real help. We want this message to be used as a catalyst for conversations in and outside the church walls.

SS: Thank you, Robert, for making this conversation a bit more comfortable for us. This is a great resource, too, for women who might not be able to rely on a husband to teach this to their sons. I want to encourage our readers to buy this book for their sons, husbands, brothers.

RN: For sure. The next generation has a lot of intentionality in their faith.  If I get Millennials in the room, they’re in the front row taking notes in their phone because they’re happy we’re speaking directly and digging into a deeper truth. That’s what I’m excited about. This message is important for all age groups.

SS: Okay, but the subject of purity is just the first section of the book, right? There are three other sections where you focus on other issues for men and the biblical solutions.

RN: Yes, once we get past the purity chapters, I focus on becoming a man of truth, righteousness (righting wrongs), and being a man after God’s heart. There’s a progression through the book that builds on itself. Purity to truth to righteousness to daily following Christ. To explain, if you don’t care about your purity, you won’t care about truth, and so on. All the way to the closing chapters where if you are going to truly follow Jesus and connect with spiritual brothers to grow, you will have decided to deal with purity, truth, and righteousness in your life. The goal is to move guys from building a powerful defense to creating a strong, proactive offense as a Christ follower.

SS: Let me close with the last line in your book, which I think is super powerful:

“Your heavenly Father knows you well and wants to help you become all He believes you can be!” 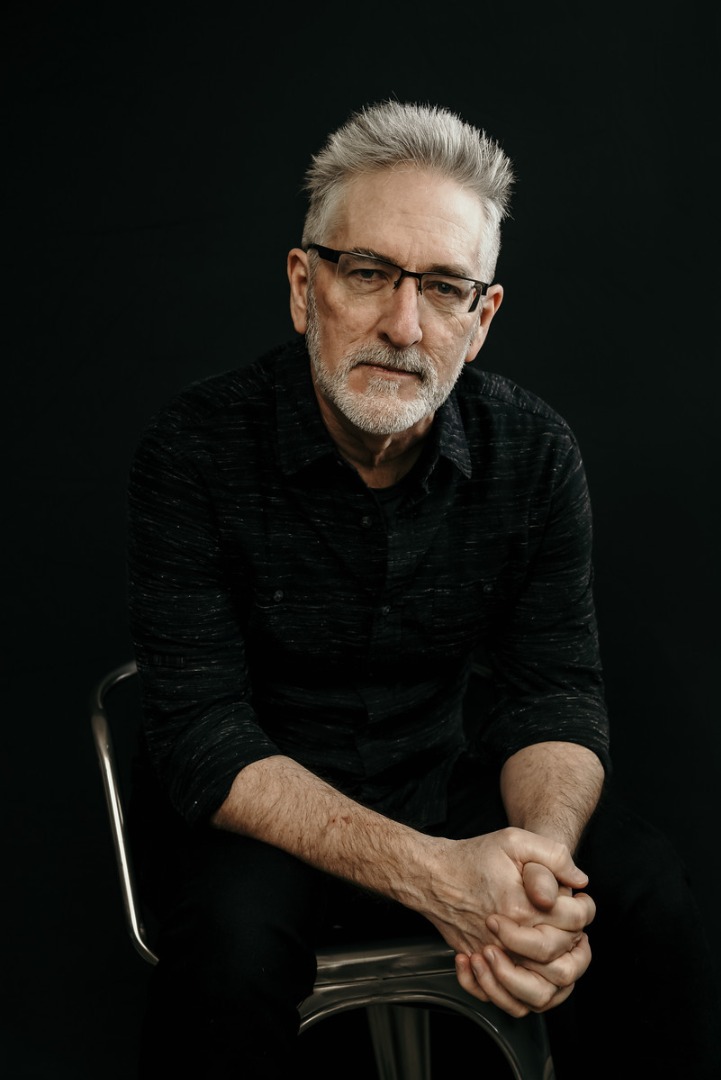 Robert Noland began his writing career as a songwriter in 1983, penning lyrics for artists such as Babbie Mason, Paul Smith, and Gabriel. His most notable credit was writing the lyrics for Glen Campbell’s last Christian radio single entitled The Best is Yet to Come from The Boy in Me album. Robert has since authored 75+ titles spanning across children, youth, and adult audiences over the past 25 years. Since 2011, he has been a full-time author, writer, editor, project manager, and “book doctor” for Christian publishers. Regardless of the target audience or mode of delivery via paper or digital, Robert writes what he calls, “practical application of Biblical truth.” He lives in Franklin, Tennessee with his wife of 30+ years and has two adult sons, both musicians.