In 2015, Craig Denison recognized a desire to invite people daily into the presence of God, believing that if people would spend the first fifteen minutes of every day focusing on their relationship with God, that their day would look different. After praying and writing about his calling to build an opportunity for this focus, First15 came into existence as a part of Denison Ministries.

Denison, along with his wife Rachel, writes, speaks, and leads worship weekly, with First15 reaching over a million people daily. As Denison worked to encourage people to overcome their stress and frustration in the midst of the COVID-19 pandemic, he found himself wrestling with anxiety himself — and after five panic attacks in the last five months — he’s set out to share his story openly, so that others can find healing and community as well.

“I found myself asking, ‘Why is this happening to me? What is causing it?’” he explained, recognizing that as the son of a pastor and a Christian, there are many verses in Scripture that urge believers not to be anxious or to worry. “As a pastor and a person, it has made me have more empathy for people who wake up and struggle with anxiety, depression, and other things, every day. I’m focusing on communicating about the peace we can have in the midst of those things, through prayer.”

Denison is clear that believers aren’t called to be perfect, but that they are called to be honest. He says he’s learned to be more aware of what his body is telling him, and what it means when he receives those messages. A focus on journaling has allowed him to create space for himself, to ask questions like, “How am I doing? What am I feeling? What’s the root cause?” and to invite the Holy Spirit to reveal within him what’s at work in his soul.

“We can reflect on the truth of God’s word and God’s goodness, power, and peace,” said Denison. “To bring honesty into our conversation about our anxiety.” 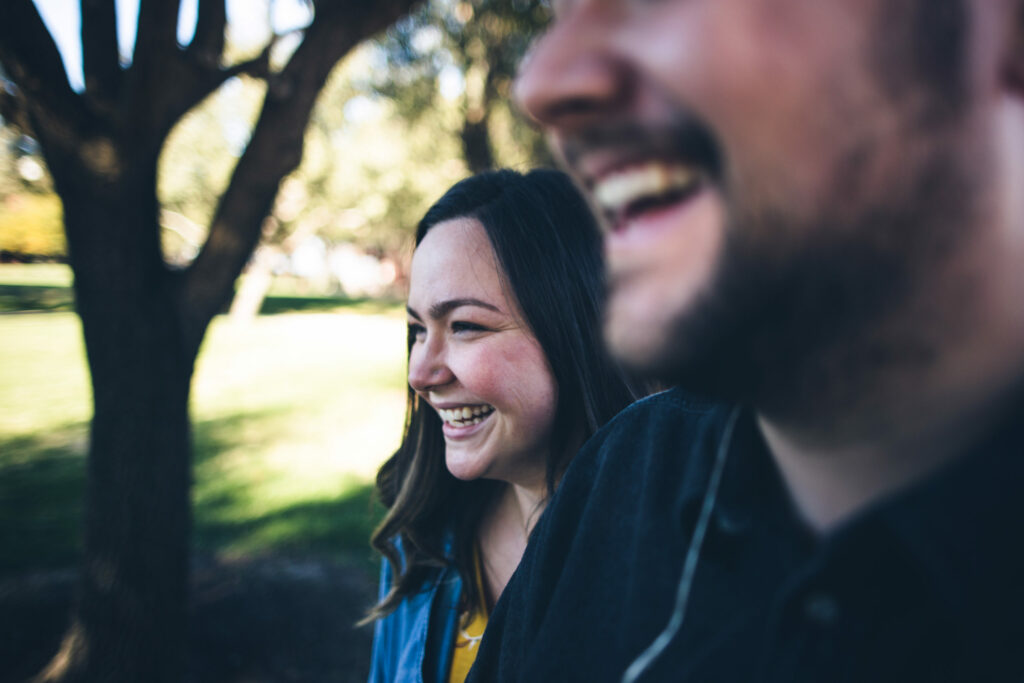 In a recent Netflix show called The Healing Powers of Dude and an upcoming film Words on Bathroom Walls, anxiety and depression are depicted as tangible representations, either situationally or as anthropomorphic characters in the story. When asked what his struggle might look like if others could see it, Denison shared, “They’d look like a domineering, older type leader who constantly reminds me that I’m not doing enough or doing well enough, that there’s always more to do. The expectations that I have for myself, the levels I’ve made for myself show up in those panic attacks.”

As a parent to two young boys, Wes and Wells, Denison sees a different kind of interaction with his work life and his expectations that has informed his understanding of how God sees him. While the workload might remain, with posts to write, people to speak to, and worship to lead, when he walks in the door to his home, he’s the dad who is expected to play chase or to throw the ball. “Being a dad teaches me what my limitations are,” chuckled Denison. “My kids want my attention, my eyeballs on them. So how do I generate the capacity to just be present? My Heavenly Father has infinite attention without limitations, but God wants to have a personal relationship with me. That creates space for me to make time for other things.”

Understanding that he’s wrestling with emotions and thoughts that others see and know for themselves, the pastor/writer wants to make sure he’s being honest so that his ministry is a safe space, and an honest one. Denison says humility goes a long way to making a space where forgiveness and honesty are accessible traits of the community. “Church needs to be different, and embrace that we’re imperfect,” he proposed. “There’s not a lot of grace or forgiveness in the world, and when we come into church, no one expects you to actually answer the question, ‘how are you doing,’ truthfully. There’s no room for authenticity in society, but God knows our real selves, meets us there, and draws us into a practice not of perfection but authenticity.”

For Denison, humility, authenticity, and grace are available, if we would pursue a real relationship with God. If we do, the communities we create become safe places for us — for everyone — where even our mistakes and our struggles are just opportunities for God’s power to be revealed in our weakness.