If you know the artistry and brilliance of The Bible Project videos, you’ll be excited to get this peek behind-the-scenes from one of their directors. If you’re new to The Bible Project, you’re about to be amazed. It was the desire of two young creative Bible scholars Tim Mackie and Jon Collins to help others understand the scriptures and all their complex themes in a way that is engaging, approachable, and transformative.

I tracked down Mike McDonald, the Director of Strategic Partnerships at The Bible Project, to talk about the latest releases and the future vision for their work. This team creates some of the most creative and compelling expressions of God’s word with simple, clean videos that are also clever, sharp and fueled by deep scriptural knowledge from the leaders Mike and Jon. The Bible Project YouTube channel has over 100 million views, and almost 1.5 million subscribers.

“WE ARE COMMITTED TO HELPING THE WHOLE WORLD SEE THE BIBLE AS ONE UNIFIED STORY THAT LEADS TO JESUS.” (The Bible Project Mission)

The team’s initial ambition was to complete a video for every book of the Bible, and they accomplished that goal in a couple of years. Since then, they’ve continued to create content around major Biblical themes, word studies, and thematic series. The content is released in seasons, like television programming, and we’re now getting a peek at Season 6: The Temple.

The work atmosphere in the Bible Project studios has all the creative energy of a super-hip and powerhouse creative studio in New York City, but perhaps ironically, the devoted team is tucked up here in the Pacific Northwest, changing the world, one video at a time. Enjoy my conversation with Mike McDonald for an inside look at this remarkable work and set aside some time for you and your family to explore the amazing films from The Bible Project!

Suzy: We’re excited to share the news of The Bible Project with our Family Christian tribe. Since launching in 2015 you’ve completed all the books of the Bible, as well as more than 100 additional films. How have you migrated from the original challenge of designing a creative and compelling video for every book of the Bible to so many other films?

Mike: So much of our decision-making process in creative planning has to do with what Tim [Mackie] is studying and what’s he’s learning. He continues to be surrounded by other people who are all constant learners. And they sharpen each other and ask really great questions. Tim is a gifted thinker when it comes to Biblical narrative.

Our themed videos are often major Biblical themes that we see through the whole journey of Genesis through Revelation. For example, we’ll take the theme of justice in the very beginning, all the way to Heaven and New Earth being combined again into a new city … and what all that means. We use that whole narrative help people see what Biblical justice really means.

Suzy: Your latest series is called Spiritual Beings. This is an interesting look at a topic that’s often represented in culture, but not always depicted according to Biblical truth. Why was it important to make this film?

Mike: So often we think of the Bible in two main characters: God and Humanity. Yet what we see from the very beginning — from Genesis to Revelation — is that there are lots of other characters that are a part of this true story.

This summer, families headed to the movies to enjoy Hollywood’s fantastical, action-packed stories about heroes with superpowers from strange dimensions. Yet when many of these families head to church, they may not notice or understand the supernatural beings and incredible stories right inside their own Bibles. That’s why we created this new series, perhaps some of our most challenging material yet. Spiritual beings do in fact play an important role in the Biblical story, and that’s what this video series is all about. 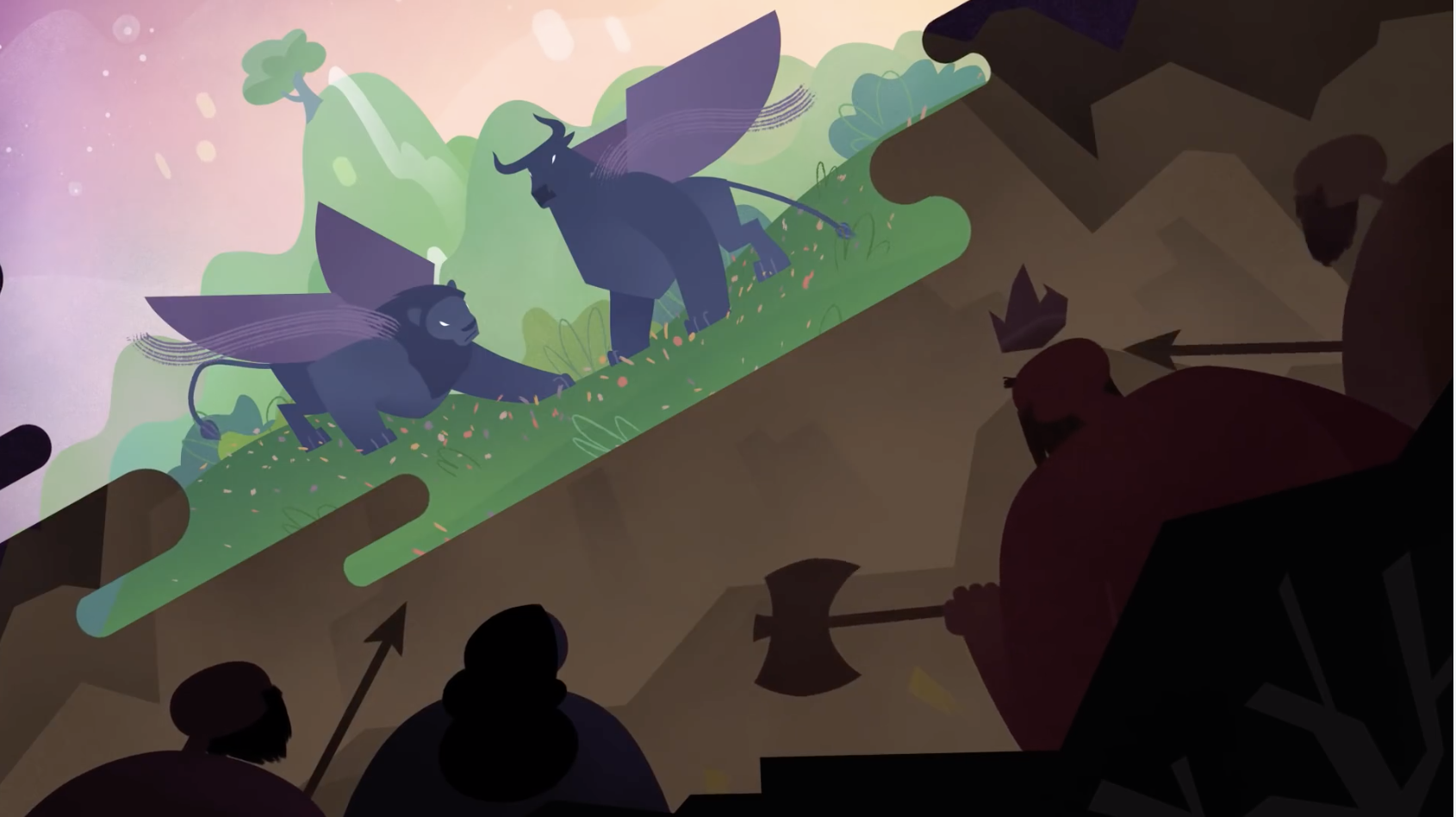 Suzy: What if we’re just getting started with the videos, where should we begin?

Mike: We have a series called How to Read the Bible where we see how to even approach reading the Bible. Sometimes we approach the Scriptures and we often leave with more questions than we have answers. It’s true for all of us, no matter how much we’ve studied. Or sometimes I’m frustrated because I see contradictions and I don’t understand why; or I don’t understand a certain character and why they play the role that they do.

Tim and Jon help us understand how to read plot, setting, context, how characters work, and even how to read Hebrew poetry. In some ways, reading the Bible is a little like reading the newspaper.

I don’t read the different sections the same way. I don’t read the comics the same way I read a cover story the same way I read the obituaries or the sports section. The sports section has quick highlights of what happened in an hour and a half-long game. The cover story will have more in-depth narrative about the characters and the emotions, and more about the backstory. Tim and Jon help us to understand the different “sections” of the Bible.

Suzy: In every Bible Project film, we’re listening in on a conversation between Tim Mackie and Jon Collins. These guys are both Biblical scholars, and yet we get to feel like we’re learning and exploring something new together.

Mike: Yes, the dialogue gives us permission to ask questions that maybe some people would be afraid to ask. We often have questions in our mind, and we don’t know if we should ask, or if anyone else has that same question. So, Jon gives us that moment to pause and ponder something. He’ll say “okay you just said that angels don’t have wings. How come every single painting or movie from Hollywood, or picture we see of angels always has wings? Why is that the picture I have in my head?” The dialogue lets us slow down and stay on an idea a bit longer. 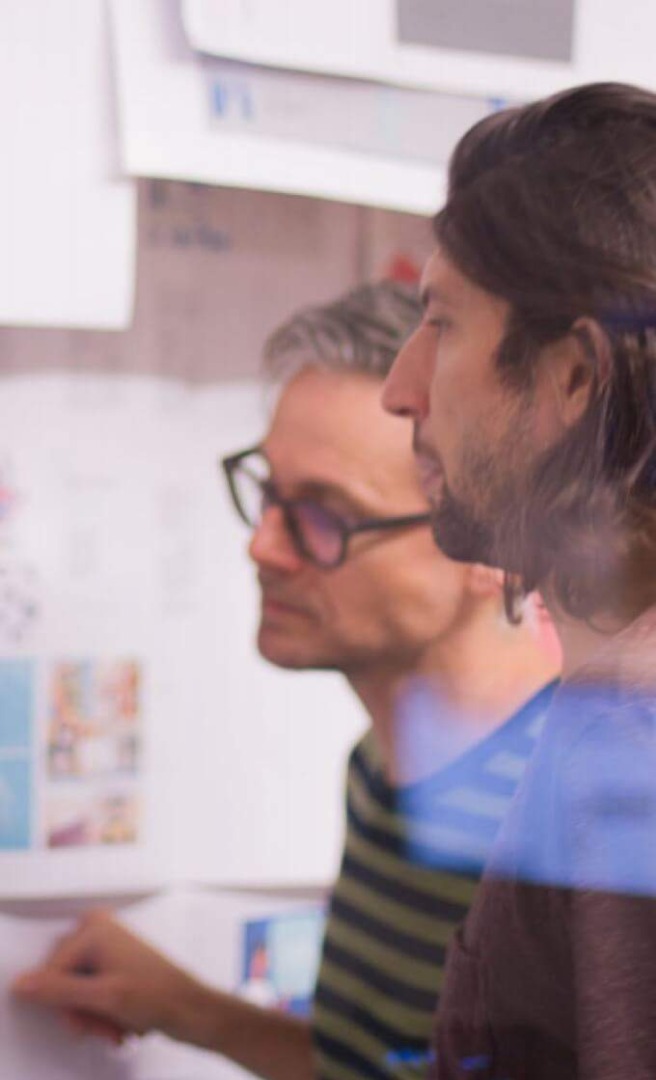 Suzy: Can you give us a peek inside of your creative process?

Mike: We start with a script and give it to the artists and let them come up with creative expression of that story. We hire some of the best artists on the planet to do justice to these important topics and we give our artists a lot of latitude and creative freedom. Our team delivers quality that’s on par with the best creative we see in culture.

Most of us are visual learners, we can listen and read, but a video that ties the visual to the words is much more effective for learning.  For instance, the heaven and earth video with the overlapping of Heaven and Earth and Eden in this unique space where God and human were interacting is a visual I’ll remember for the rest of my life.

In actual fact The Bible Project is a full animation studio. We just happen to be a non-profit making videos about the Bible! And different from other animation studios who must compromise to make their clients happy, our client is the crowd who wants us to make more videos.

We have 12,000 monthly supporters, 100,000 people who have contributed over the years. We started with the idea that if folks find these videos helpful, then they’ll want to help make them. And if they didn’t, they wouldn’t contribute, and we wouldn’t make any more — and that’s okay! But people found them helpful and now we have this beautiful community of supporters who allow us to keep making this great work. And they know that we give them away for free and that no one will make money off of these videos, which seems important too.

About The Bible Project

Based in Portland, Oregon, The Bible Project is a crowdfunded non-profit studio helping people experience the Bible as one unified story that leads to Jesus. Its signature videos explaining the Bible have earned more than 125M views worldwide, and The Bible Project’s Podcast is top 10 for Religion and Spirituality on iTunes.

Enjoy the trailer for SEASON 6: The Temple!