From Shoeshiner to National Director

Something I’ve found myself seeking — better yet, craving — during this pandemic is good news. Positive stories. A little extra joy. Hope. I’m sure you know what I’m talking about.

Well, today I’d like to share one of those very stories with you. It’s about a boy who had people pouring into his life, who escaped the cycle of poverty in Jesus’ name and who is now doing a really big, really important job. Meet Tony Beltran, who was a shoeshiner at age 7 but who is now national director of Compassion Dominican Republic.

The Lies of Poverty

Tony grew up in poverty — but he didn’t know it. Not until one day when he needed a little bit of money to buy a pen. He walked into his house and found his mother on her knees …

On that day, Tony realized that his family was poor. Everything made sense. It made sense why his family didn’t have running water. Why he didn’t have a new backpack every year for school. Why sometimes there wasn’t enough food to eat. And on that day, the lies of poverty began to creep in.

Poverty told Tony that he was worthless. It told him that God didn’t care about him. And it even made Tony wonder if the poverty his family was living in was his own fault.

“Poverty was trying to teach me theology — telling me that even though God had the power to change my situation, He was not caring enough to change it for me,” Tony says.

As a child, Tony had to work to help provide for his family. He started at age 7. He would walk around his neighborhood and shine people’s shoes. Then he began selling things — cornbread, candies, popcorn, whatever he could — in the streets. While other kids were playing games, Tony was hard at work to earn money for his family.

They Spoke Truth Against the Lies

Despite the darkness Tony experienced, and the lies he was told, there was hope. Because as a child, Tony was enrolled at his local Compassion center. And that’s where everything started to change …

“At the Compassion center, things were different,” Tony says. “There were games I could play. … I could interact with friends. And I loved Fridays — because on Fridays they gave us fried chicken.”

Through the Compassion program, Tony developed relationships with people who spoke truth against the lies of poverty — who empowered him and gave him hope for the future. People like his sponsors.

For the first seven years that Tony was in the Compassion program, he never received a letter from his sponsor. But when he was 14 years old, a new family began sponsoring him. They were dedicated to writing him letters and investing in his life.

They asked him a question that would change his life: “How are you serving at the center?”

At the time, Tony was only attending the Compassion center, not serving. But his sponsors’ question motivated him to ask his center director how he could help. She knew that Tony was good with computers, so she asked him to teach other kids how to use a computer. And Tony did.

When Tony told his sponsors about teaching other kids at the center, they wrote back, “Tony, we are so proud of you. It is amazing that you are that young and you’re already teaching others to use the computer.”

And just like that, Tony was given the words of love and truth that he needed. He started becoming much more involved at the center. And through his involvement, he continued to become more and more connected with people who spoke truth into his life. Like his center director, who gave him opportunities to serve. And his pastor, who invited him to help plant a church in another community.

“In the middle of the different voices of poverty, there were many people that the Lord was bringing in to send a different message,” Tony says. 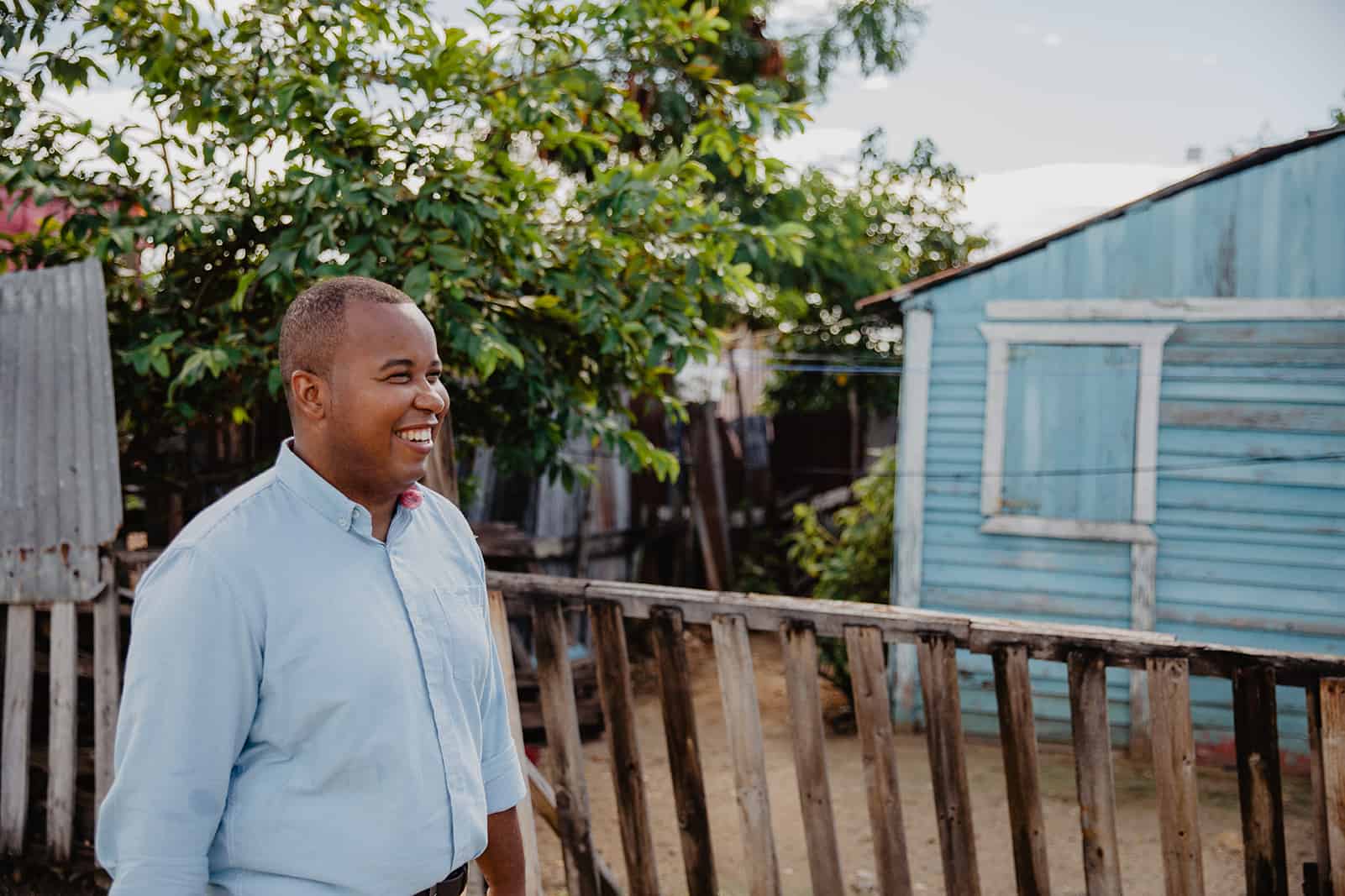 If you’re not already feeling a little more hopeful, this is where the story gets especially good. With the support of his family, his sponsors and the staff at the Compassion center — along with his trust in the Lord — Tony escaped the cycle of poverty in a pretty amazing way.

As Tony got older, his mother told him that she wanted him to go to college. At first, he laughed. How could he possibly attend college? He was the only one working in his family.

“If I didn’t work, my family didn’t eat,” Tony says. “But God opened the door through Compassion International and gave me the opportunity.”

Tony was able to attend college and graduate with a degree in systems engineering.

But it doesn’t end there. Later, Tony went back to school to receive a master’s degree in spiritual formation and discipleship. He married an unbelievable woman — another Compassion graduate who is a doctor, speaks multiple languages fluently and has master’s degrees in both biochemistry and hospital management. 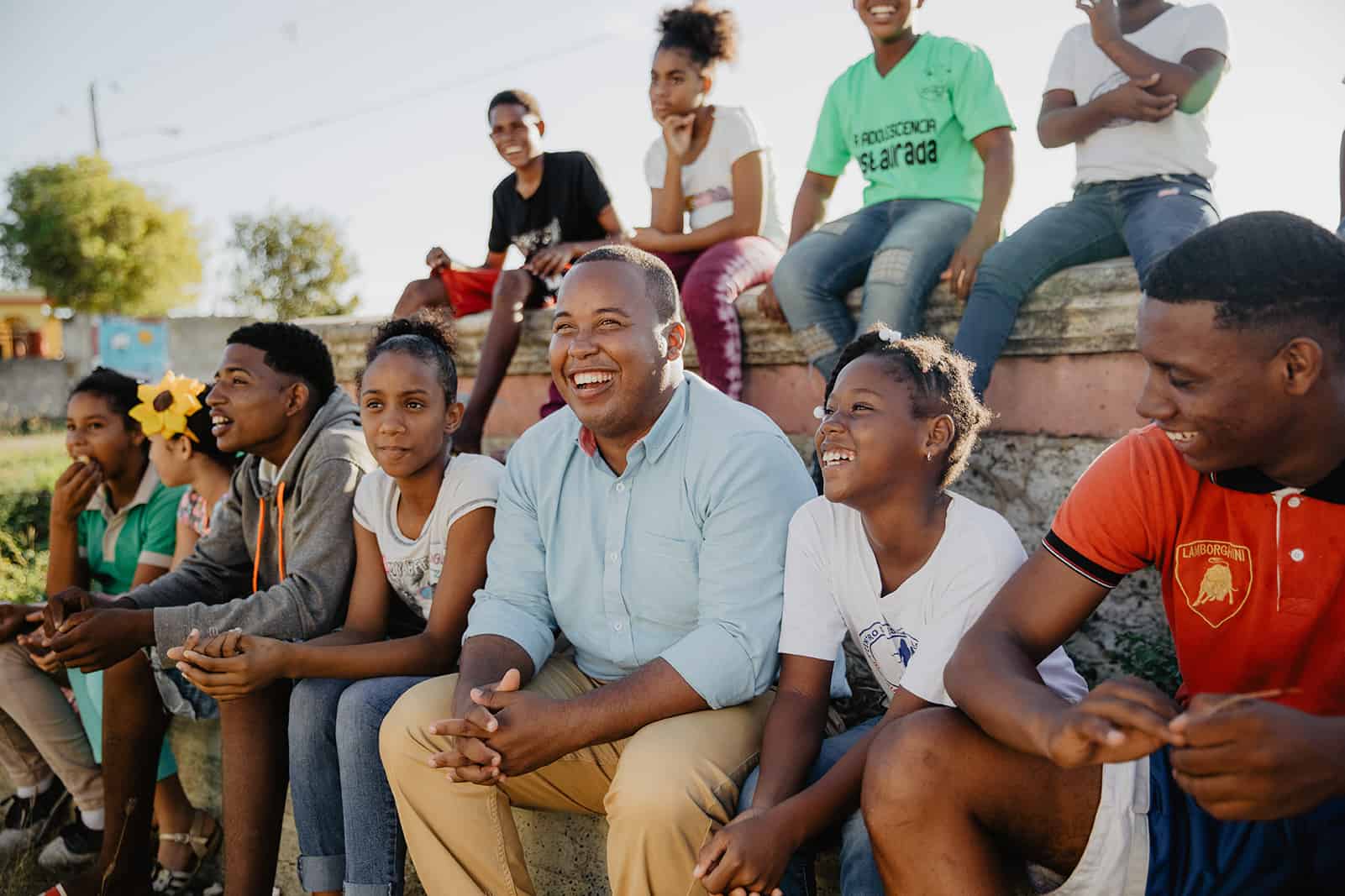 Now he’s the one speaking hope into the lives of children and youth in poverty.

“I think the Lord has put many people around me to encourage me and to fight those voices that poverty tells me,” Tony says. “I still hear the voices of poverty. … However, I have experienced God in all of these years through different people who have invested in my life, and poverty doesn’t intimidate me anymore.”

Tony’s life, his joy, his resilience — it all gives me so much hope.

My prayer is that this story does the same for you.

If you’re interested in hearing more stories of hope, watch videos of two other Compassion alumni who have escaped the cycle of poverty in Jesus’ name.

*All images are from Compassion International.*